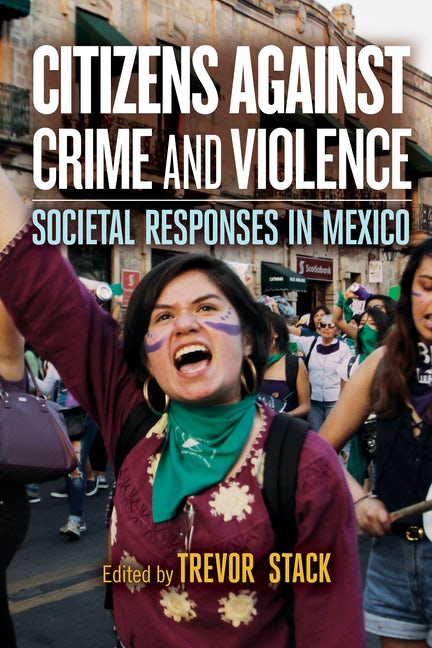 Citizens against Crime and Violence: Societal Responses in Mexico

Mexico has become notorious for crime-related violence, and the efforts of governments and national and international NGOs to counter this violence have proven largely futile. Citizens against Crime and Violence studies societal responses to crime and violence within one of Mexico’s most affected regions, the state of Michoacán. Based on comparative ethnography conducted over twelve months by a team of anthropologists and sociologists across six localities of Michoacán, ranging from the most rural to the most urban, the contributors consider five varieties of societal responses: local citizen security councils that define security and attempt to influence its policing, including by self-defense groups; cultural activists looking to create safe ‘cultural’ fields from which to transform their social environment; organizations in the state capital that combine legal and political strategies against less visible violence (forced disappearance, gender violence, anti-LGBT); church-linked initiatives bringing to bear the church’s institutionality, including to denounce ‘state capture’; and women’s organizations creating ‘safe’ networks allowing to influence violence prevention.

“In the face of government failure to provide justice and security, how have Mexican citizens – cultural and political activists, women’s collectives, church groups – responded to violence and crime that upend their daily lives? This unique comparative ethnography by a multidisciplinary team of scholars foregrounds the creative, courageous, and arduous work through which people are stitching the torn social fabric of their communities. Empirically and conceptually rich, it is an essential, timely read.”

“This book takes an original lens to the crisis of violence, crime and insecurity in Mexico. Through an ethnographic approach, it critically and insightfully accompanies the efforts of social and civic actors in varied locations of Michoacán, from urban to more rural, to find a space to act creatively in and on the many violences they have to live with.”
–Jenny Pearce, author of Politics without Violence? Towards a Post-Weberian Enlightenment
Table of Contents:
Chapter 1: Introduction: The Comparative Ethnography of Societal Responses to Crime and Violence in Mexico
Chapter 2: Local Citizen Security Councils: Sustainable Responses to a Crisis of Trust in State Security Provision
Chapter 3: Cultural Activism: Mobilizing Art and Culture to Build Transformative Socio-Political Fields
Chapter 4: Socio-legal Activism in Contexts of Criminal and Institutional Violence: Challenging Forced Disappearances, Gender Violence, and Assaults on LGBT and Sex Workers
Chapter 5: Churches as Institutions in Regions of Violent Organized Crime
Chapter 6: A Room of Their Own: Barriers to Women’s Activism Against the Continuum of Violence in Michoacán, Mexico
Chapter 7: Key Objectives, Strategic Choices and Impact of Societal Responses to Violence: Lessons for Policy and Practice
Chapter 8: Society to the Rescue? Rethinking Responses to Crime-Related Violence and Corruption
Acknowledgments
Notes on Contributors
Index