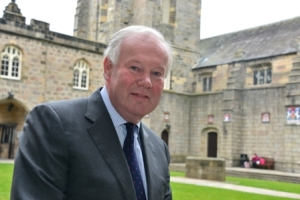 Has found Aberdeen one of most inspiring energy cities

Energy needs to be part of wider range of policy to ensure security of supply, low carbon and affordable for consumers

Benefits from industry go beyond profits, include global market in subsea being managed by Aberdeen > impact on wider work across UK in finance, design etc.

But distinguishes short and long term benefits – in long term, UK can only maintain position if investment

But even in wealthiest oil & gas countries in world, looking away from hydrocarbon, e.g. in Kazakhstan looking at nuclear; Norway uses almost none of own gas for electricity

> future needs to be combination of both oil & gas and renewables

What companies want is predictability >need for greater cooperation, as opposed to tax policy in recent years

Cooperation is important – says this against background of Independence debate

Referendum causing uncertainties > all politicians need to minimise that uncertainty

> Charles Hendry: Kazakhstan is facing challenges, and he believes that best way forward is not by condemning the Kazah government but instead greater engagement, which comes from UK companies investing in skills, universities offering scholarships, etc.

Steven: why saying so much money coming in and yet would not be  enough for Scottish sovereign wealth fund?

> CH though not decided how debt would be shared out in case of independence, amount of money coming into Exchequer will only make dent in public debt: not to assume that could simply use for fund

Sanjay, oil & gas engineer and lawyer: shock of tax rise 2 years ago > how to maintain stability for marginal fields?

> CH if tax regime is wrong, people walk away; on other hand, some companies still making more than ever dreamt possible

Nick: response to Simon Pirani said nothing about deaths of strikers etc.

> CH agrees should be condemned, though Kazakh government itself recognizes damage that done

Adam Boggin, medical student: why does CH say that  production would stay here if no longer economical?

> CH North Sea lifespan much longer than expected though yes seeing decline; but still many people working here would prefer to stay  because live here, children at school here, etc.

Audio recording of McLaren and Cumbers papers and discussion

Economic Consultant, Centre for Public Policy for Regions, Glasgow U

> need for both cash and real terms measures for Scotland

None of this is debated in Scotland presently: his recent CPPR papers on topic have had no response from politicians – need for more sensible debate

Overall, uncertainty about production, debt projections (which over ambitious for last 20 years) etc. as well as about other energy sources

Public ownership is alive and well, not only in places like Latin America

More and more people questioning way that we run our economy: deficit not just in democracy but economic democracy

e.g. Sunday Herald published Jimmy Reid Foundation spread on alternative Scottish economy, which  5 years ago would have been beyond pale

In North Sea: it is clear who has benefited – appropriated surplus – and who has lost out

Scotland has incredible renewable resources, but default assumption at Westminster and Holyrood is that should be managed by private companies (even though very different things happening in other parts of world) e.g. Scottish Power (Spanish owned) operating large windfarm outside Glasgow

Need for radical rethink of how we do things, paying attention to examples overseas that provide alternatives to private enterprise, including variety of forms of public ownership, e.g. Danish example of windfarms, drawing on old mutualist traditions

Apologies for missing some questions – I was chairing the session while summarising!

> CH: politics is most uncertain part of uncertain world!

> AC may be the case, yes; and SNP though trying something different, it is still very ‘business friendly’

Jonathan Wills: 3 years experience of Britoil is hardly enough to argue that nationalised oil didn’t really work – what was problem with Britoil and why is corporate cannibalism better?

Owen: why too late for Scotland to have nationalised oil industry? sovereign wealth fund?

> CH argues that should not be public ownership in renewables: wealth funds, companies here and abroad, etc. are prepared to invest in it, with policy framework from government – not need for taxpayers’ money if others ready to invest

ACC Councillor for Torry: asks for clarification about economics of Independence debate

> JM uncertainty about what revenues Scotland would have to spent on public services; now depends on block grant – though not much say in this – while much revenue after independence would come from North Sea, which depends on price of oil etc.

Graeme Macdonald, U Warwick: suggests writing book on renewables democracy, as opposed to Tim Mitchell book on ‘carbon democracy’, since physics are different as well as pollutants etc.

Sanjay (oil engineer and lawyer): his experience of industry v different to what Andrew Cumbers has portrayed – not just short-termist multinationals etc.

> AC: British companies do have short term outlook in sense of profitability for shareholders

Jonathan Wills: in Shetland, crafting estates were worthless and so bought up by Council, which able to run community windfarms

Audio recording of Ryggvik and Wanderley papers and discussion

Researcher, Centre for Technology, Innovation and Culture, U Oslo 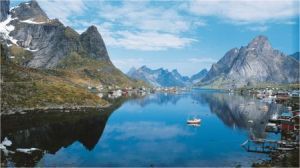 Shows slide of fjord where traditionally dried cod: main political decision now whether to start drilling in that area – slogan used by protestors: “Slow down the pace of extraction. No to drilling in fjord”

Shows graph of hydrocarbon fuels CO2 emissions: though coal is much higher, oil and gas still have significant emissions

Why has Bolivia been unable to produce social welfare through production?

…but none have been able to break free from

Liberal restructuring in 1996 brought foreign investment, turning into most dynamic sector of national economy… but did not have  social mandate (legitimacy) necessary to use  tax revenue to fund social improvement

> Morales government in 2006 did come in with strong social mandate, such that government was able to raise taxes significantly, but has been unable to put through structural reforms

But hard to see how will deliver.

I have given speakers’ replies to all questions together below. Again, apologies for questions that missed.

First round of questions

Anna Zalik: examples in Bolivia of indigenous sovereignty against corporations?

Nicholas Ellison, anthropologist/Aberdeen City Council: in terms of national development policy, Morales is presented in Western media as quite radical, but from indigenous movement’s point of view, often looks just like capitalist mode of development >not inventing new model: in terms of hydrocarbons, is it just utopia to imagine bottom-up movement?

Second round of questions

Mike Martin. Venezuela Solidarity activist: in Venezuela oil & gas profits have been used for health and other missions, as well as building social enterprises… and subsidising petroleum products for other countries of region

?? Would HR suggest giving Thatcher an environmental award for shutting down coal industry? Is it realistic to reduce production?